Our Semi Finals are over, and wouldn’t you know it our predictions have been pretty good so far. Our finals are set so you already know who won, but let’s take you through how it all happened so you can relieve the glory, pain, or absence depending on who you are.

This series was slated to start up at the crack of dawn – almost literally. With the game start scheduled for 7AM, all the players there and everyone ready to go, we had just one problem…fog. You read that correctly, the start of this game was delayed due to an inability to see – that doesn’t explain Ali Merali dropping what should have been an easy catch 2.5 hours later, but maybe the fear of the fog was still strong with him. We waited 15 minutes and were ready to go again. The Lions started this one off as we expected they would, with an early lead. Taking a 2-0 lead into the bottom of the inning, but the worst thing that could have happened to them did – they’re captain and MVP candidate Asad Hussain suffered an injury that would limit his mobility. That took the Lions SS out of action and forced him to play 1B for the rest of the series.

The Wolves meanwhile were chomping at the bit to play this game. Arriving at the diamond earlier than everyone else were Shane Worthington and Ali Raza Nasser – both eager to get back on the field after 3 weeks off. While Shane may have wanted to skip the first game judging by his 0 for 3 showing, Ali Raza wasted no time starting this game off with a double that would score the Wolves first run. They were down for just another half inning before they pulled away and refused to look back. Scoring 6 runs in the bottom of the 2nd – the Wolves held a 7-2 lead and coasted the rest of the way relying on the defensive prowess of their outfielders to hold the Lions to no more than 3 runs for this entire game. Mikael Ratansi was a star in this one showing absolutely no rust and letting only 5 hits and 2 earned runs throughout the whole game. The Wolves recorded just 2 errors and showed little signs that they had any weaknesses that could be taken advantage of. Final score 11-3, Wolves lead the series 1-0.

So now the Lions were tasked with beating the same Wolves who showed no crack in their proverbial armour. The Wolves would start this game at bat and quickly put up 3 runs. The Lions could never really get any offence going in either of these games. While the Wolves didn’t know how to turn it off, scoring in each of the 5 innings this game lasted, making the line score look like the beginnings of a phone number 3-2-1-6-5. The Lions again couldn’t muster hits while the Wolves team batted at an average of 0.485 and a slugging average of 0.879 with the two early birds, Shane Worthington and Ali Raza Nasser, providing the bulk of the power in this one. While there were no home runs in this game, there sure were a lot of extra base hits – 10 of the 16 Wolves hits were of the extra base variety. Whoever has them in the finals, better play back, because these guys go for the fences. And to add to his already impressive playoff resume – Mikael Ratansi only let 1 earned run up in this one while allowing just 6 hits. This one ended early due to the mercy rule finishing with a final score of 17-3, Wolves take the series 2-0.

A start time that seemed a little more reasonable for the Falcons and Tigers series, with the teams both giving us an early surprise to start this off. The Falcons had Abbasali Kermalli return to the lineup, he obviously couldn’t stay away as not even an injured knee would keep him from acting as the DH in this one. The Tigers went the other way, not having Abbas Allidina present due to a back injury that has ended his season early. The Tigers would have to overcome their pitching weaknesses and would elect to start their only lefty – Minaz Noormohamed. The Falcons wouldn’t take it easy on him putting up 10 runs in two innings, and an Abbasali Kermalli 3 run home run in the first inning showed that this team wasn’t going to be taking it easy on anyone. The Tigers switched to send Miqdad Jaffer to the mound, who was able to slow the bleeding but not stop it. There was a lucky moment where Hasan Razvi missed 3rd base and on appeal was called out to take an additional 2 runs off the board. But the last inning is where the Falcons decided to really flex their muscle, sending 18 players to the plate, and 14 of them back across it. With 3 pitching changes, including Sam Valimohamed and Hussein Allidina, in this inning, the only thing that really stopped it was some mercy on the part of the Falcons who basically had Altaf Champsi bunt to end the inning. The Tigers put up 11 runs, but when your opponent can score more in one inning then there doesn’t really seem to be a point. Final score 28-11, Falcons lead the series 1-0.

You would think at this point this series would be over – even if the Tigers offence was firing on all cylinders, trying to beat a team that scores 28 runs on you and retires is close to impossible. So the Tigers had a mountain to climb. With some defensive changes made, and the captain, Hussein Allidina, now taking the mound maybe this game would be different. It certainly was. The Tigers seemed to figure out how to play defence again and slowly chipped away a couple runs at a time. The Falcons on the other hand couldn’t get anything going offensively. While their defence was holding up, it was their offence that seemed to shut down. Now with a slight wind blowing in, hitting home runs was going to be even more difficult. The Tigers played small ball, singles and doubles, and put together a much better showing. They also learned that in order to win games, an Allidina had to be on the mound. Final score 13-6, series tied 1-1.

This series now into a final deciding game 3, and the Tigers holding home field advantage. The Falcons came into this one with a lineup change – that resulted in them taking an early 5-0 lead. They held the Tigers off the board for the first few innings mostly due to the Tigers getting excited to have base runners and taking lead offs with runners in scoring position. The Tigers brought this one closer, trailing this one 6-3 after 4 innings. Then in the 5th inning with runners on 1st and 2nd, it happened…a triple play. A flare was hit to LF that caused the rover, Ali Manek, to have to slide to catch it. Everyone thought it was caught, and then he dropped it. However, the Tigers unable to hear the pleas of their third base coach, Miqdad Jaffer, were confused and lost as to what to do. Ball thrown to second base and runner tagger, out #1, now step on second base, out #2, and now to first base for out #3. The Tigers went from having 2 on and nobody out to 3 outs in what wasn’t even a quick transition. This must’ve been the longest triple play ever recorded since it took probably 90 seconds to complete. Which makes this all the more embarrassing for the Tigers. Fast forward to the bottom of the 7th, with the score now 8-5 the Tigers would have the strongest part of their lineup coming up and would need to score 4 runs to win it. The Falcons would send Riaz Champsi to the mound in hopes that he could get the save.

Game and series over, Tigers are left to think about what could have been, while the Falcons advance to finals to take on a waiting and hungry Wolves team. Final score 8-7, Falcons win series 2-1. Great game, great series. Our finals are now set. Come back tomorrow, for our Finals preview. 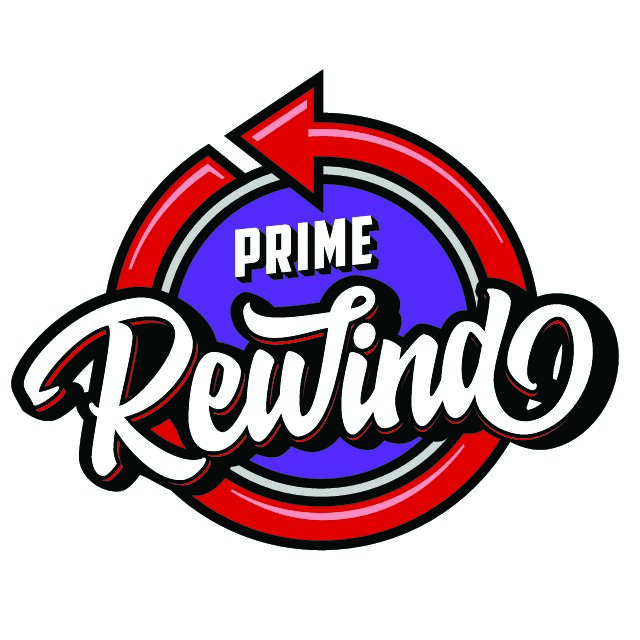